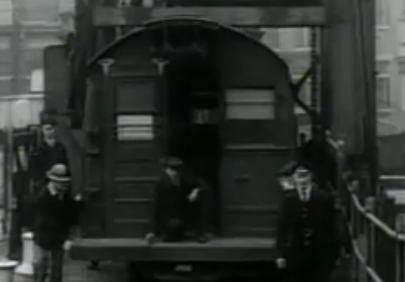 The contract for the new Waterloo and City Railway (W&CR) rolling stock was awarded to a company called Jackson and Sharp Company, in Wilmington, Delaware, United States. The company would produce the component parts of the stock then ship the components as kits to London and South Western Railway (L&SWR) Eastleigh Works, where the kits would be used to construct the new rolling stock.

The first complete train was transported to Waterloo in March 1898, however, because there was no direct access to the railway from another railway, the stock had to be installed though the access tunnels and a hydraulic lift, which was completed in April 1898. The first successful test, with the new rolling stock, was completed on 4 June 1898, with the railway officially opening on 11 July 1898 and public service beginning on 8 August 1898.

The trains where formed of four-carriages, as constructed, a total of 22 vehicles where constructed under this initial order, consisting of 11 Driving Motors and 11 Trailers, allowing for four four-carriage trains plus numerous spare vehicles. These trains where electrical multiple units with the traction equipment and driving position located on the passenger carrying carriages, whereas the City and South London Railway (CSLR), the only other deep-level tube railway used electric locomotives and hauled carriages.

The driving motors where fitted with 60 horsepower series-wound gearless motor per axle, with a 530v DC current collected by a third rail. The brakes where Westinghouse compressed air brakes, however they did not have their own compressor therefore the air reservoir where recharged using static compressors located at Waterloo, this would be completed when the pressure fell to 70PSI.

There was a crew of six people per train, the train driver, an assistant to the train driver, a guard and three gatemen. The gatemen manned the gated entrances to each carriage at each end of the carriage the where no sliding doors fitted to this stock and the interiors where built as an open saloon rather than using compartments.

The railway proved popular from the outset and quickly found that their services at peak times where at capacity whereas the route was quiet throughout the remainder of the day. A reduced service was implemented outside of peak hours as a result, and an additional five driving motors where ordered in early 1899 from Dick, Kerr & Co. The additional stock would be constructed with half-width driving motors with 75 horsepower traction motors and would used throughout the day to keep the original stock for use during peak periods during the morning and evening.

The Waterloo and City Railway (W&CR) was absorbed into the London and South Western Railway (L&SWR) in 1906 and began to electrify its suburban mainline routes into Waterloo in 1915. These works included constructing a new electrical power generating station at Wimbledon, which took over the responsibility of providing electricity to the railway, this also allowed the traction voltage to be increased to 600v DC.

The London and South Western Railway (L&SWR) elected to extend the length of its peak services from four-carrages to five-carrages in 1921, to enable this an additional four trailer vehicles where constructed at Eastleigh Works.

Responsibility for the Waterloo and City Railway (W&CR) was transferred to the Southern Railway in 1923. A review of the line was completed in 1937, which was coming up-to forty years of operation. One of the recommendation was for the procurement of new rolling stock to replace the original stock, which led to an order being placed with English Electric to produce 12 new driving motors and 11 new trailers which would be constructed by Dick, Kerr & Co. The new rolling stock where delivered during 1940 while upgrade works for the railway where being undertaken. The original stock was removed from the railway and replaced by the new rolling stock following the end of service on 25 October 1940.

Stock being installed onto the railway 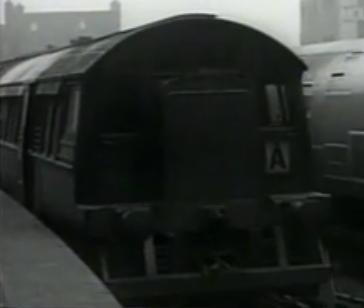 Stock being delivered for use on the Waterloo and City railway 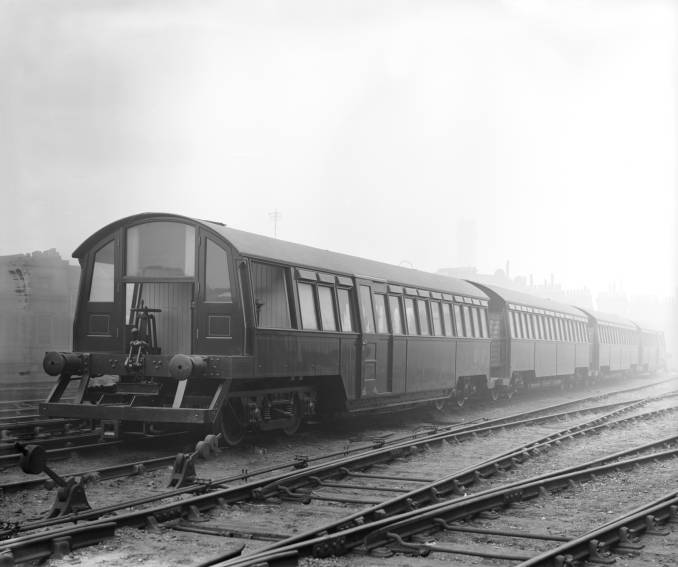 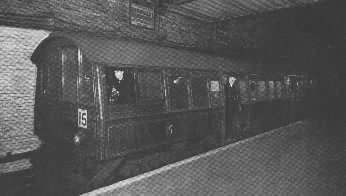