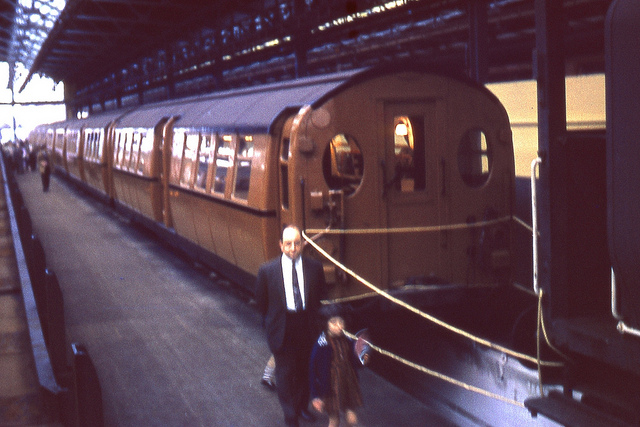 The 1920 or ’Watford Joint stock’ stock operated on Baker Street and Waterloo and Great Northern, Piccadilly and Brompton Railways between 1920 and 1938.

The 1920 stock was constructed by Cammell Laird in Nottingham, England, these where the first stock to have air-operated doors, consisting of 40 carriages, 20 control trailers and 20 trailers, there where no driving motors constructed with these.

The stock was introduced on the Piccadilly line, however they where unsuitable for operating on the open sections of the line and became considered drab in comparison to the new 'standard stock' trains, being installed onto the line. The motors where replaced and the carriages refurbished, the most notable of which was the abandonment of longitudinal seating for a central section of bay seating, beginning in 1927. The stock was then transferred to the Bakerloo line in 1930 for local workings.

A second refurbishment had been planned for use on the Northern and City line between Moorgate and Finsbury Park, however this was interrupted by the outbreak of the Second World War. The 1920 stock carriages where retired from service in 1938.

Colour picture of exterior of 1920 stock

Black and white picture of exterior 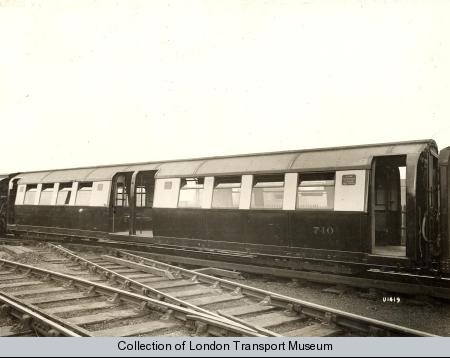 Example of carriage from 1920 stock
Collection of London Transport Museum