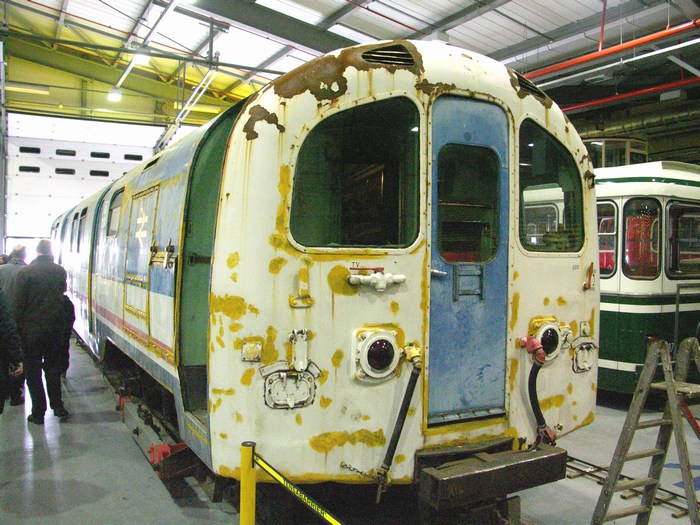 The commonly known 1940 stock is officially known as the British Rail Class 487 and where constructed by English Electric in 1940 for use on the Waterloo and City line.

Twelve motor carriages, numbered 51 - 62, and sixteen trailers, numbered 71 - 86 where constructed. The trains where in a variety of formations, from a single motor carriage, to pairs of motor carriages with up to three immediate trailers. They entered service as Class 453 but where later reclassified to Class 487.

The Waterloo and City line was operated as a part of British Railways Southern Region, and where painted in the cooperate green colour for British Railways, which was replaced by British Railways blue in the 1970s, a smart blue all-over with grey detailing. The line became a part of Network South East in 1986 and the trains where repainted to their blue, red and white livery.

These where unique to the British Railways network because they did not require the ends to be painted yellow, as the route was entirely in tunnel where the darkness would render the yellow ends pointless. Furthermore the line was not integrated into the rest of the network and lights where fitted with red lights at the ends of the carriage, the trains therefore displayed two red lights rather than two white lights from the leading carriage.

The trains where in need of replacement by the 1990s and this came in the form of new Class 482 units, which had been diverted into traffic between 1992 and 1993. The last passenger service on the Waterloo and City line was on 26 May 1993. The final Class 487 vehicles where taken by road to Glasgow for scrapping, which was their longest journey above ground. One vehicle DMBSO no 61, was initially stored at the National Railway Museum in York before being transported to the London Transport Museums Acton depot. 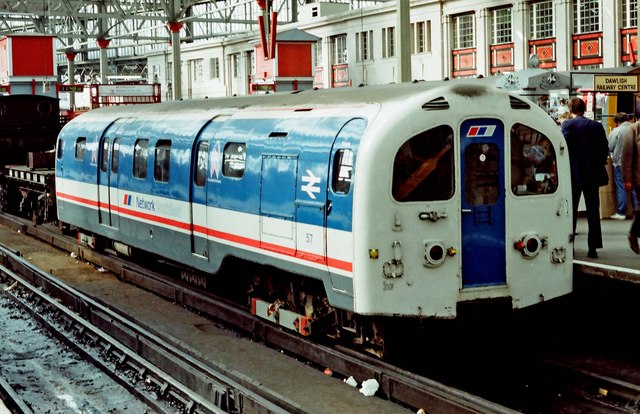 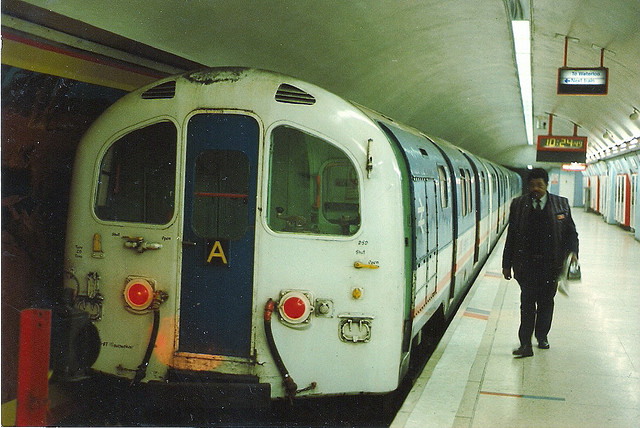 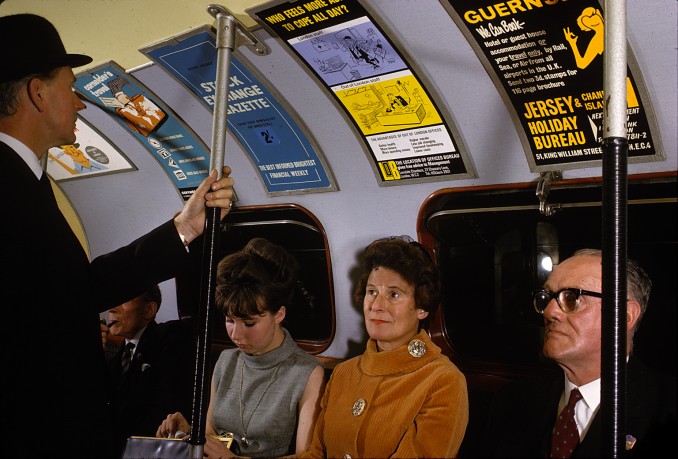 Interior of 1940 stock with passengers