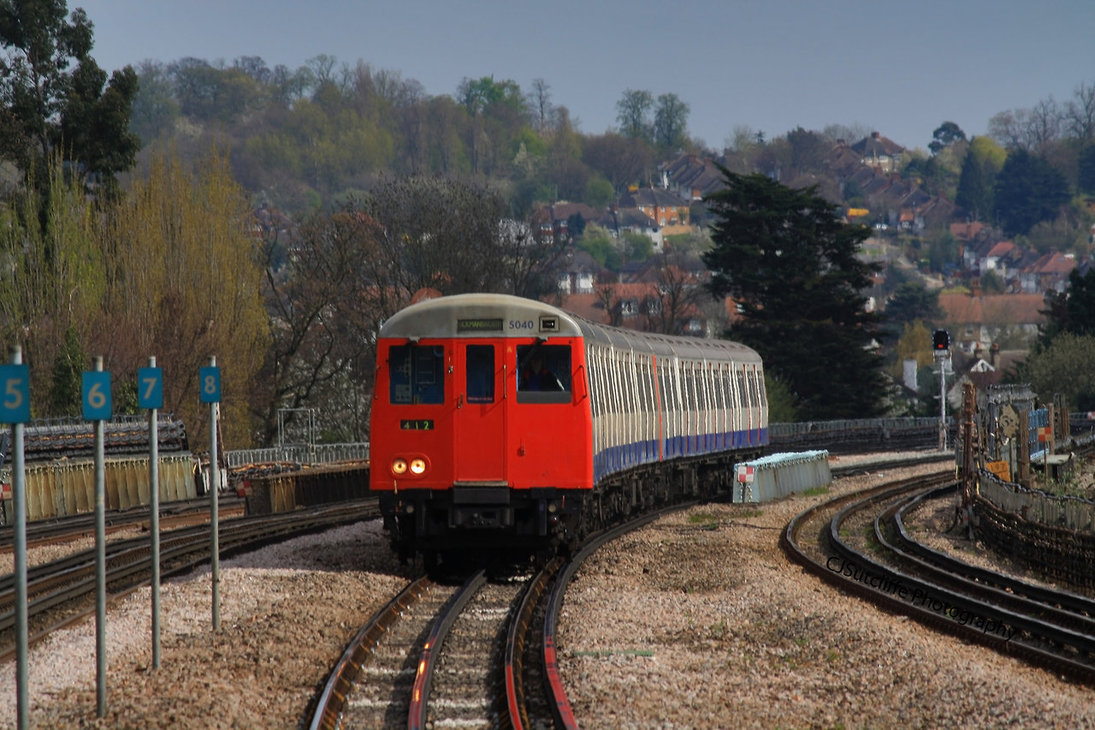 The A60 and A62 stocks where two batches of stock that where constructed for use on the Metropolitan line by Cravens of Sheffield during the early 1960s and these replaced the older stock that was operating on the line. These operated on the Metropolitan line from 12 June 1961 until 26 September 2012, and the East London Line, today a part of the London Overground network, between 1977 and 22 December 2007. When this stock was withdrawn in 2012, this was the oldest rolling stock on the London Underground network, further to the only stock which had luggage racks, umbrella hooks and septate power and braking controls in addition to the last rolling stock to not have automated passenger announcements.

The design was created by WS Graff-Baker who worked for the London Transport Passenger Board (LTPB) as a part of the electrification of the Metropolitan line between Rickmansworth and Amersham and Chesham as a part of the New Works Programme, owing much of its deign to the 1938 stock. The initial project was delayed by the outbreak of the Second World War, however, in 1946 two experimental trailers which where similar in external appearance to the production batch of trains where constructed using the under-frames of the T stock, these where scrapped when the trails where concluded.

The electrification began in 1959 with London Transport placing an order of 31 trains of A60 stock to replace the T stock services to Watford and Rickmansworth and the locomotive-hauled destinations northwards beyond Rickmansworth. The first units, numbered 5004 and 5008, entered service to Watford in 1961, with the services being extended to Amersham and Chesham later that year.

A further order of 27 trains where ordered by London Transport, these where dubbed the A62 stock, entering service between 1961 and 1963, they replaced the current F and P stocks on Uxbridge services, the roll-out was completed in 1963.

The design of the stock was a compromise between the longer-distance, on the outer reaches of the line, and short-distance, over the heavily used Circle and Hammersmith and City line, passengers. The trailer carriages where designed with three sets of doors for this very reason.

A distinctive feature of the stock is the use of transverse seating, which was designed because passenger journeys could exceed an hour, with the majority of seating being high-capacity transverse 3 + 2 arrangement. At the rear of the driving motor there where four tip-up seats. Each eight-carriage train could seat up to 448 passengers, a reduction on the locomotive-hauled T stock which these trains replaced, however, these had more than the S7/8 stock which replaced the A60/62 stock from 31 July 2010. These where the only London Underground rolling stock that came with luggage racks and umbrella hooks despite their use on British Rail contemporary stock.

The A60 and A62 stocks are both nearly identical in appearance, however these are some slight differences, there was a border around the destination board on the A62 stock motor carriages and the compressor under the trailer carriages on the A60 stock was a Westinghouse DHC 5A, and the A62 stock came with the Reavell TBC 38Z.

These where the widest trains to be used on the London Underground network at 2900mm (116in). These trains where refurnished between 1993 and 1998 by Adtraz in Derby, where the car end windows where installed, the seating reupholstered and the livery being updated. When these trains where refurbished a new rolling stock for use on the Metropolitan line was a low priority.

The A60/62 stock operated as a four-carriage unit which consisted of two powered driving motors and two non-powered trailers between the motors, the units where further divided into two semi-permanently coupled-sets, a driving motor and trailer. The intention was to operate four-carriage trains off-peak, however this practice was shortly lived with the exception of the Chalfont and Latimer to Chesham shuttle which always operated a four-carriage unit. The main services for the stock where operated as a two-unit formation of eight carriages between Aldgate to Amersham, Chesham, Uxbridge and Watford.

Other areas of operation

The A60/62 stock did not just operate on the Metropolitan line, subjected to resirtioins the stock also operated on:

Section
Passengers Permitted
Coupled units permitted
Notes
Acton Town to Northfields and Northfields depot
Yes
No
Westbound local line only
Aldgate to Mansion House
No
Yes
Baker Street to Edgware Road
Yes
Yes
No access to side platforms at Edgware Road
Edgware Road to Hammersmith
No
No
Specific authorisation needed to run this section
Edgware Road to High Street Kensington
No
No
Embankment to High Street Kensington and Rayners Lane via Acton Town including Comwell Curve
No
Yes
No access to sidings at: Acton Town, Barons Court and South Harrow
Three bridges between Acton Town and South Harrow maximum speed 24 km/h (15 mph)
Embankment to Mansion House
No
Yes
Finchley Road to Stanmore - over Jubilee line tracks
Yes
Yes
No access to sidings at: Wembley Park and West Hampstead
Use only permitted when Automatic Train Operation (ATO) is not in use

The carriages where identified though a four digit number, the first digit depicted the type of carriage either a Driving Motor or a Trailer, with the last three digits between 000 and 231.

The A60 stock served the Metropolitan line for over 50 years, the age of the stock made obtaining spare parts hard and units where dismantled for parts to keep the stock in service.

The first unit of S8 stock, which replaced the A60/62 stock, was introduced on 31 July 2010. The similar, S7 stock operates on the Circle, District and Hammersmith and City lines, the main differences are the layout and the number of seats in the carriages and the provision of two sand hoppers for each rail because of the different conditions at the end of the line. The withdrawal of the A60/62 stock from the Metropolitan line began on 9 October 2010.

The luggage racks from the A60/62 stock began to be sold by the London Transport Museum in February 2012.

The last passenger service of the A60/62 stock on the Metropolitan line was on 26 September 2012 and was formed of carriage numbers 5034 and 5062. The same train was used with the final ticket only railtour which was organised by the London Transport Museum, on 29 September 2012; the service operated from Moorgate and operated along the entire Metropolitan line, including Watford, Amersham, Aldgate, Uxbridge, Chesham and the Watford North curve. The tour ended at Wembley Park with the final stretch from Finchley Road the train unofficially recorded a speed of 119 km/h (74 mph). One of the motor carriages, numbered 5034, was a part of the first train, as carriage number 5008, and also a part of the last A60/62 stock train to operate, with a service life of over years, this carriage was sent to Northwood sidings on 8 October 2012 and subsequently loaded onto lorries for disposal. The significance and their historical age unit number 5034 was transferred number 5034 was taken to the London Transport Museum Acton depot for preservation, however vehicle number 5062 was scrapped. 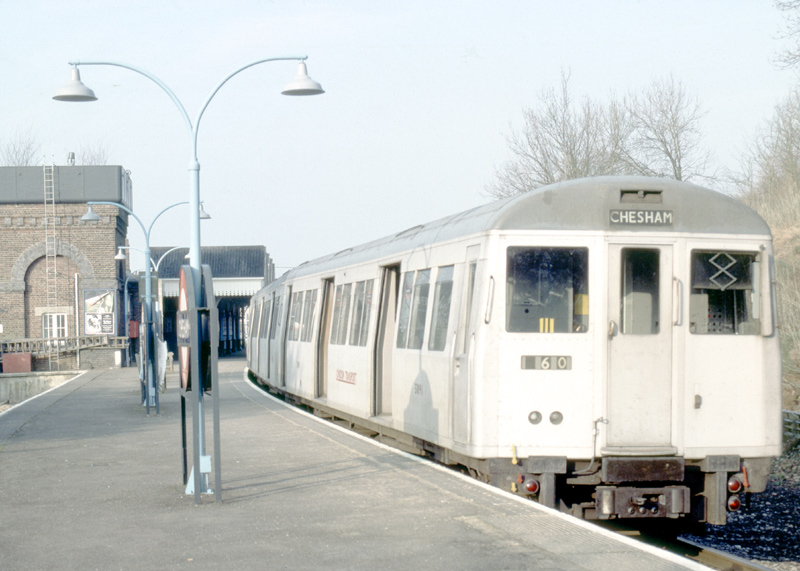 Unrefurbished example of A60/62 stock 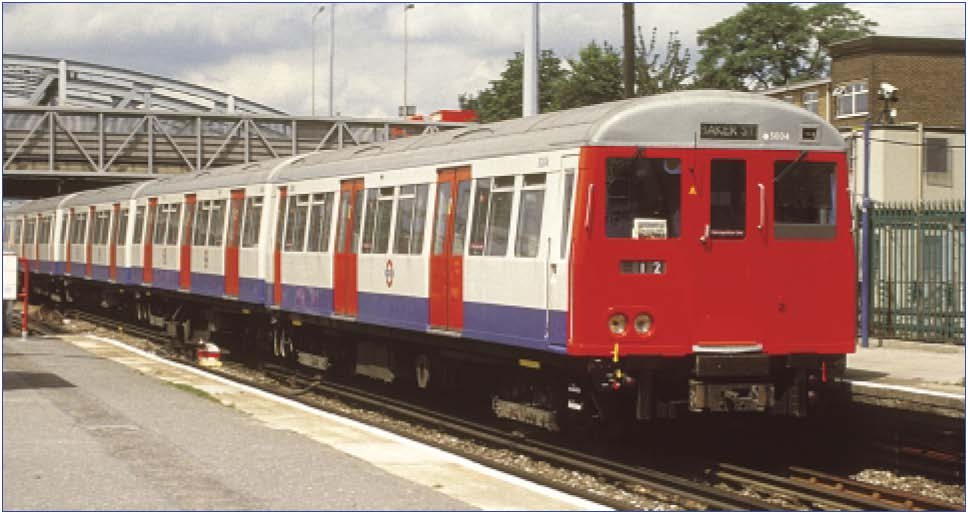 Refurbished example of A60/62 stock 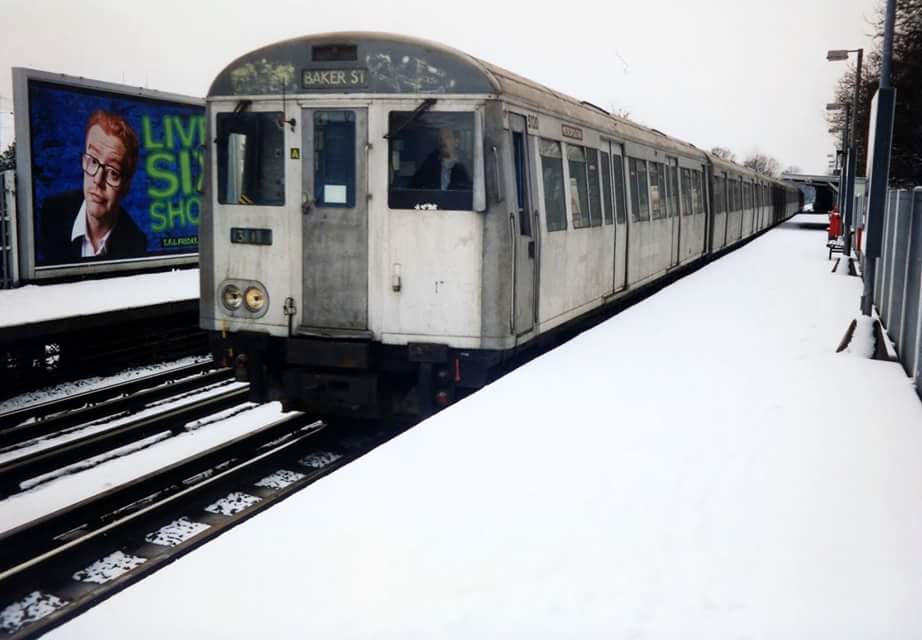 A60/62 Stock unrefurbished at Ruislip Manor 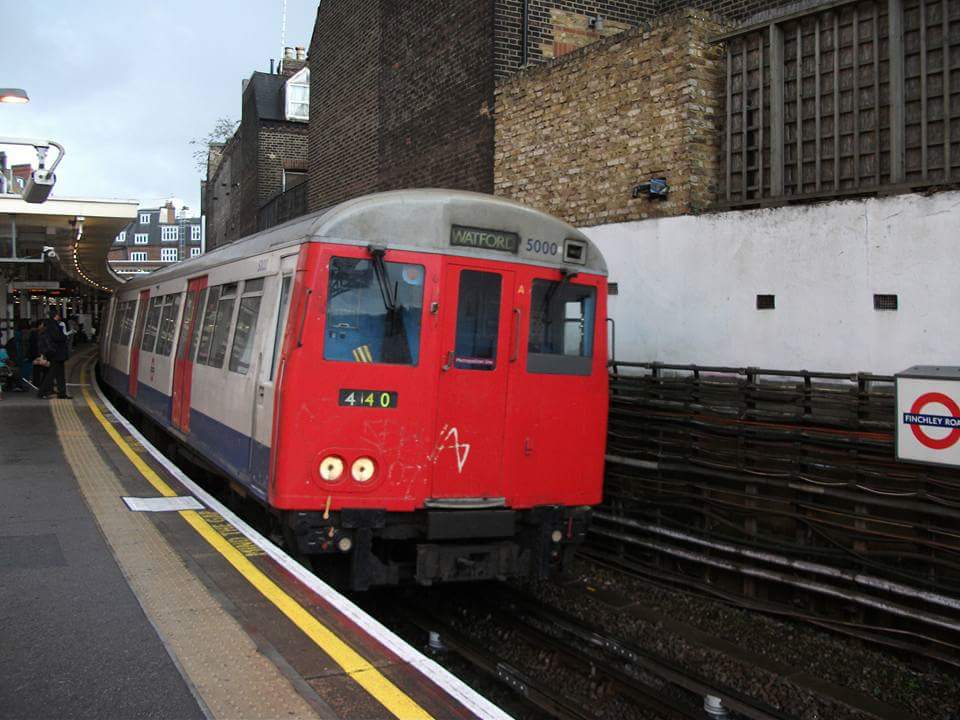 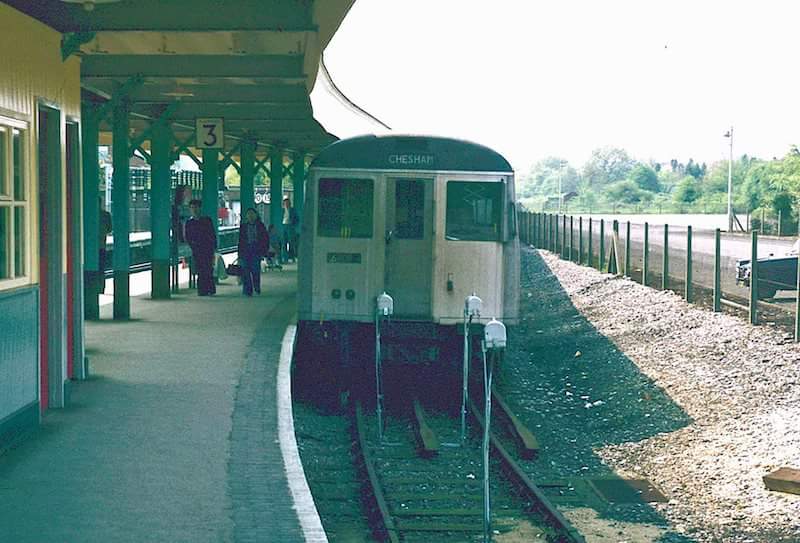 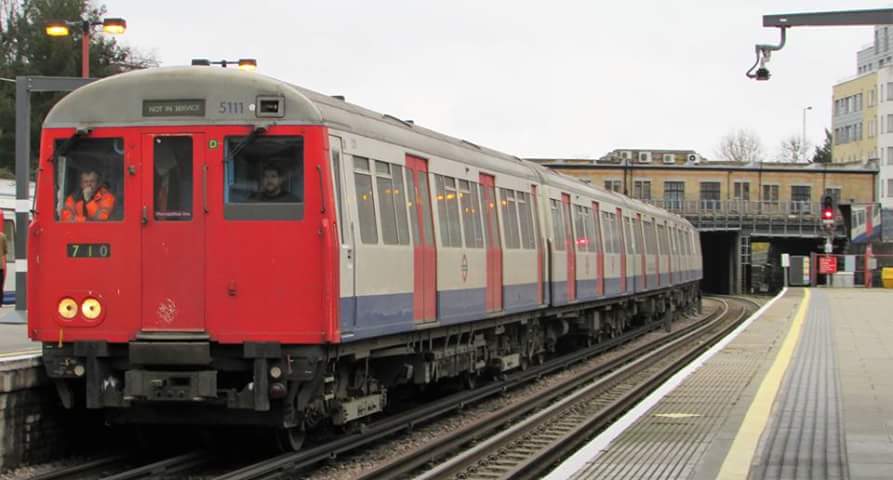 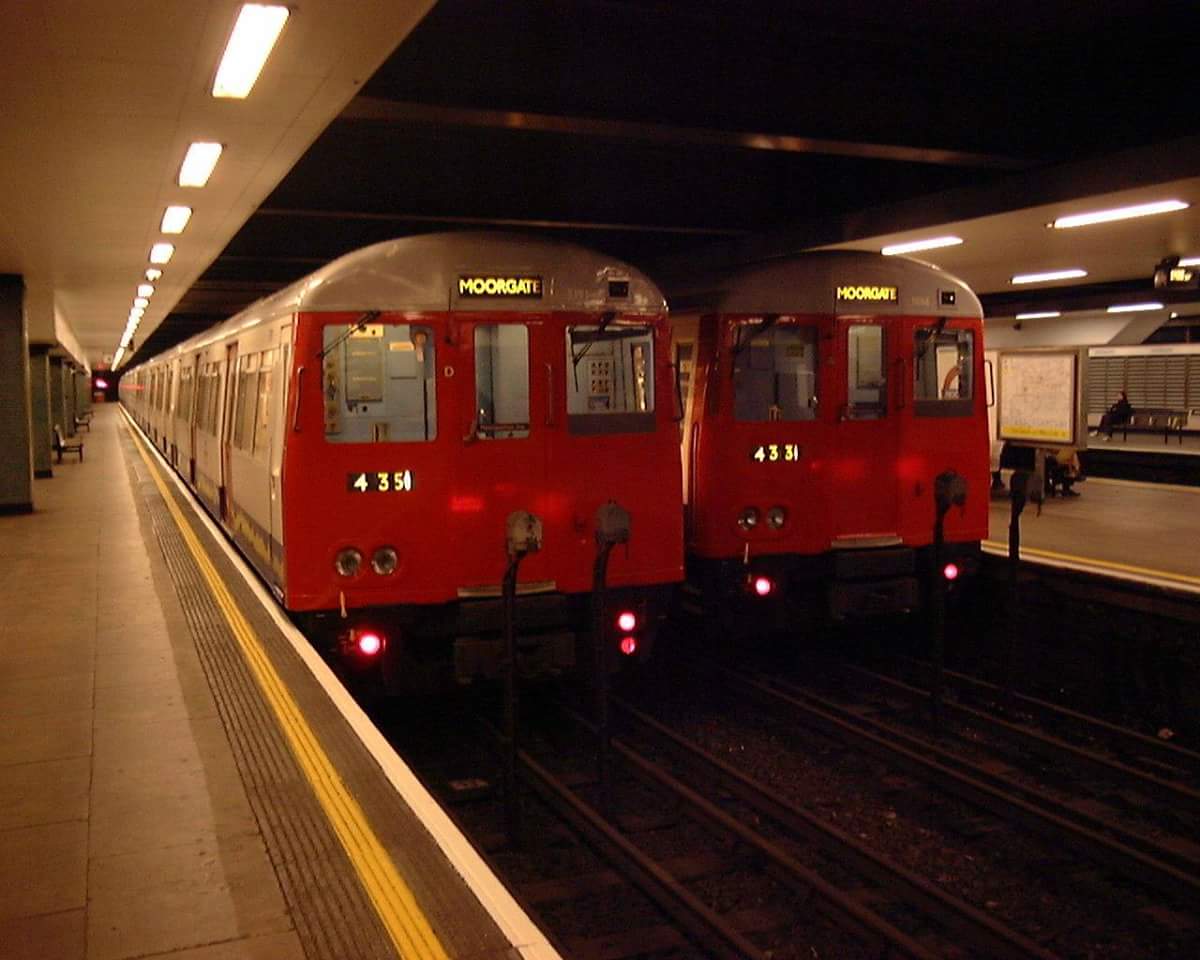 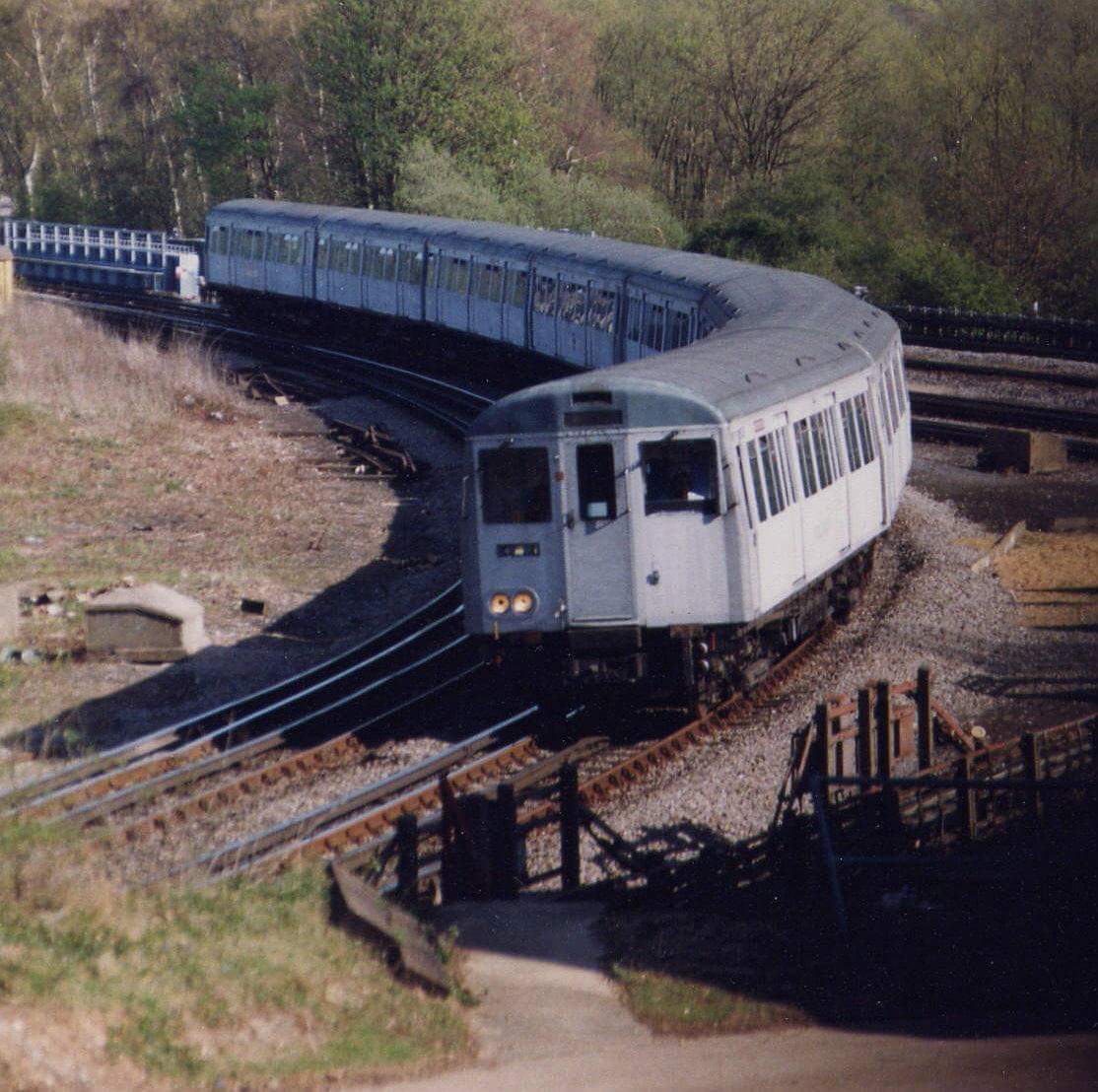 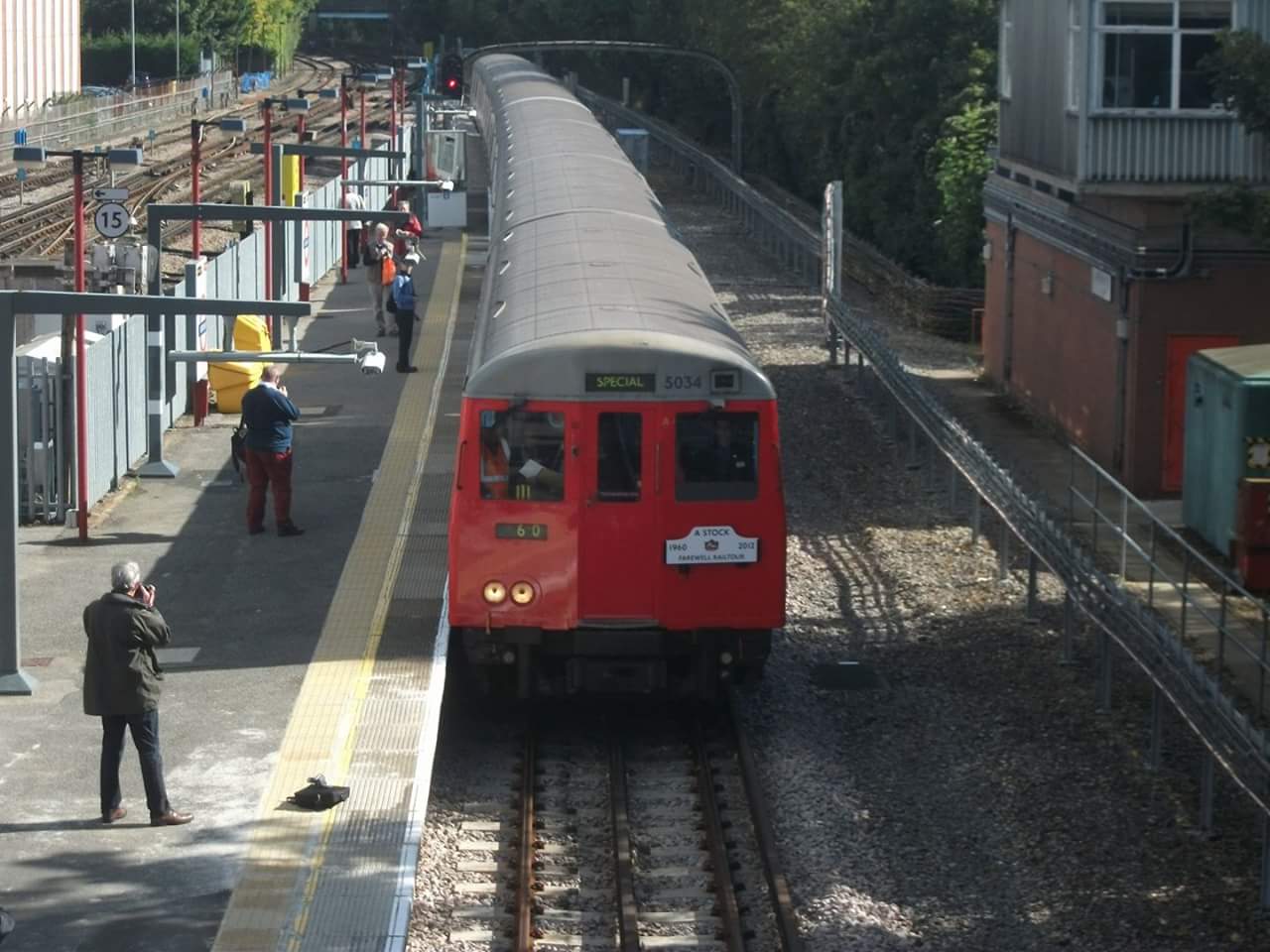 A60/62 Stock on the Farewell tour at Amersham