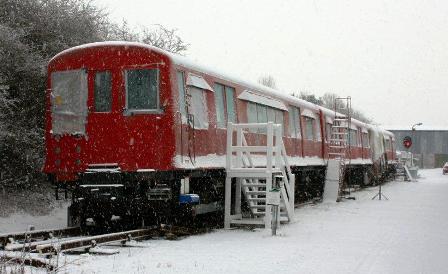 
The O, P and P1 stocks operated to the Metropolitan and Hammersmith and City lines. These converted to the CO and CP stocks, later transferred to District line.

The O and P stocks where used on the London Underground network between 1937 and 1948. The O stock was constructed for use on the Hammersmith and City line and used metadyne control equipment with regenerative braking, however the train stock comprised of just Driving Motors which caused technical issues with the traction supply so trailer carriages where added.The P stock was constructed for use on the Metropolitan line to serve their Uxbridge services, these where constructed to operate with the O stock to make use of their now surplus stock. Both of these stocks came equip with air-operated doors which where under the control of a train guard, the controls for the doors where located in two different positions, the O stock had its door controls located in the cabin whereas the P stock had its door controls at the trialling end of the motor carriages.

The P stock and some of the O stock where transferred to the Circle line. The metadytes where becoming increasingly unreliable which prompted the stocks to be converted and they became known as the CO and CP stock. During the early 1960s any remaining CO and CP stock trains where transferred from the Metropolitan line Uxbridge service to the District line, the CO and CP stock generally served the Circle and Hammersmith and City line primarily with the same trains also seeing service on the District line. The introduction of the C69 stock on the Circle and Hammersmith and City lines along with the D78 stock on the District line from the early 1970s saw the withdrawal of these stocks in 1981.

A six-carriage experimental train was developed by Metropolitan Vickers using a multiple-unit train during 1934, the train was equip with metadyte equipment which controlled four traction motors on two cars and allowed for regenerative braking, for lower speeds air brakes where installed and if the traction supply was unreceptive to the regenerative current.

The Gloucester Railway Carriage and Wagon Company and the Birmingham Railway Carriage and Wagon Company constructed 116 carriages to make 19 six-carriage trains with two spare two-carriage sets for the Hammersmith and City line as a part of the London Transport Passenger Board (LTPB) New Works Programme, these where constructed as sets of two-motor carriages dubbed the O stock. The trains entered service as four-carriage trains between High Street Kensington and Putney Bridge on 13 September 1937 and the full length six-carriage trains entering service on the Hammersmith and City line on 10 December 1937. Continuing the practice on the Metropolitan railway, the guard was located in the cab. The stock comprised of entrirely motor carriages which caused traction supply problems, to resolve these issues a further 58 trailers where ordered from the Gloucester Railway Carriage and Wagon Company for the trains to be reformed into three-carriage units. The first reformed trains entered service on 18 July 1938, this left the O stock with 19 additional motor carriages which where transferred for use on the Metropolitan line Uxbridge service.

Seventy-three sets of P stock where ordered for use on the Metropolitan line Uxbridge service in addition to using the surplus O stock carriages. The service would require six-carriage trains, formed from two three-carriage units which comprised of two driving motors and a trailer, and eight-carriage trails, formed by adding an additional two carriage unit. The position of the guard differed between the P and O stocks, the P stock had the train guard at the inner ends of the motor carriages because some of the eight-carriage services would stop with some carriages still inside the tunnel due to the length of the platforms, whereas the O stock placed the guard in the cab. The O stock carriages where split up and placed into the centre of the train to allow for the door controls to be located in the cab if required, six additional motor-carriages where constructed with the door controls in the same place, with these being dubbed the P1 stock. The first P stock train entered service on 17 July 1939.

Although a train could comprise of both the C and P stocks and the stocks both came equip with automatic couplers on the outer ends of the motor carriages the metadytes where not interchangeable.

The O stock carriages where 16 m (51 ft) in length, fitted with two double and one single air-operated doors on either side which where under the control of the train guard, with the driving motor equip with 40 seats and two tip-up seats and the trailers an additional four seats. The trailers had an additional hanged door at one end which was locked during normal service to allow then to be converted into driving motors further to the lighting being provided by incandescent bulbs in the roof. Externally the carriages where constructed with side panels which where flattened at the bottom with no running boards to prevent passengers from jumping onto a moving service and attempting to open the doors.

During the early 1950s the F stock was transferred to the Metropolitan line Uxbridge service and some of the O and P carriages where reformed into five-carriage trains to replace the trains operating on the Circle line. These began running in 1947, however, the metadytes reliability and the complexities with repairing them a Circle line train was converted to Pneumatic Camshaft Control, the same that was used on the 1938 stock, entering service during March 1955. The trial was considered a success, with the rest of the stock on the Circle line converted and followed by the units on the Hammersmith and City line, the converted stock came known as the CO/CP stock and the trailers where known as COP stock. The trains serving the Circle line where extended to six-carriages between 1959 and 1960 by adding Q23 trailers, with similar trains running on the Hammersmith and City and Circle lines, the depots where converged at Hammersmith to allow for the depot at Neasden to specialise with the new A60/62 on the Metropolitan line.

The remaining O and P stock serving the Uxbridge branch of the Metropolitan line, still equip with metadyte controls where converted and transferred to the District line when the second batch of A60/62 stock arrived. The Hammersmith and City and Circle lines where mainly operated by CO stock and the CP stock mainly ran on the District line, until the early 1970s with the introduction of the C69 stock, when the CO stock trains where transferred to the District line where the six and eight-carriage trains where split into seven-carriage trains.

During the Second World War there where a series of losses due to bomb damage.

The introduction of the C77 stock on the Hammersmith and City and Circle lines allowed for the CO and CP carriages to be scrapped, this began in January 1980, with the final passenger service in 1981 when two six-carriage trains operated a special working. 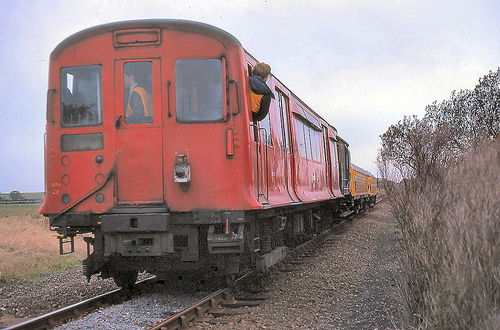 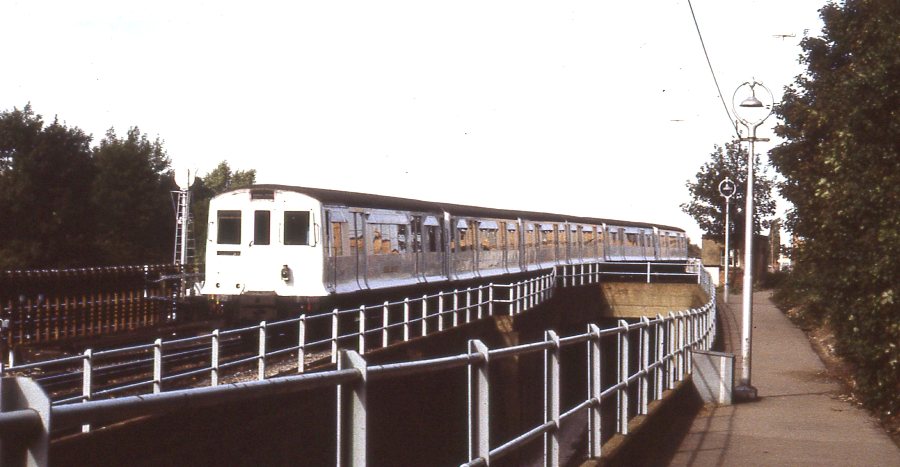 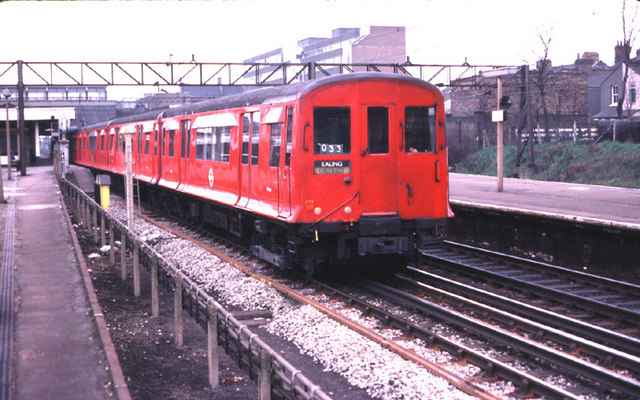 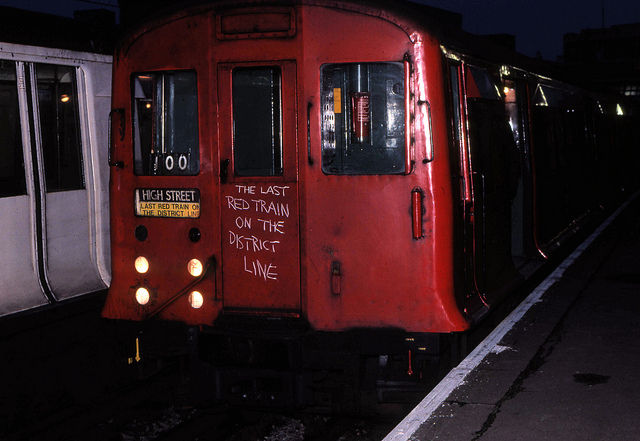 CP stock - last to operate on the District line 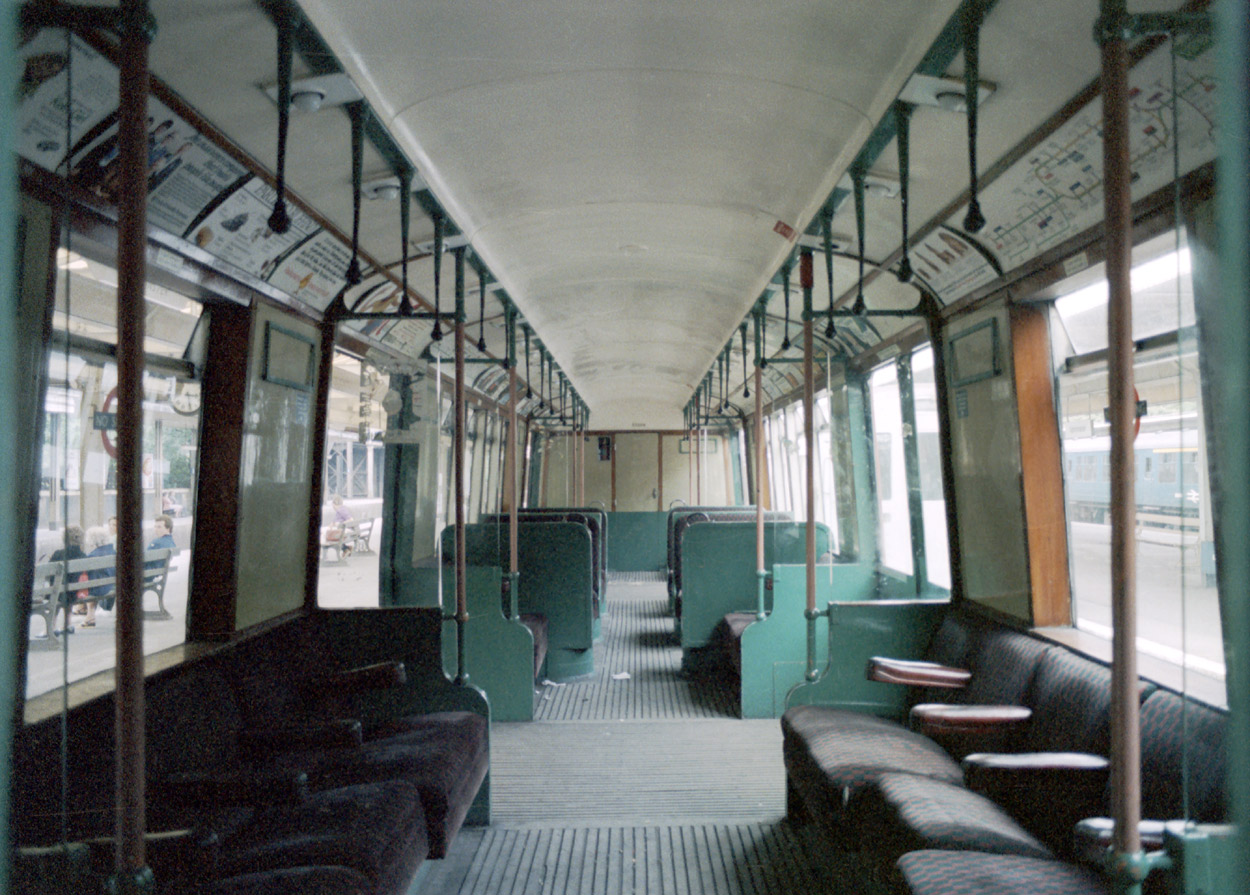