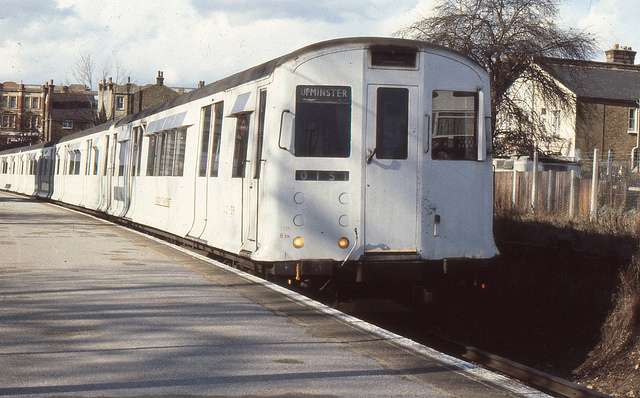 The R stock was constructed for use on the District line, consisting of just Trailers and Driving Motors, it was constructed in four distinct batches in 1938, 1949, 1952 and 1959.

The R stock was delivered in three batches, each Driving Motor being built from existing Q38 stock trailers with the addition of new Non-Driving-Motors, however the second batch included some new Driving Motors.

Second batch in 1949 comprising of 133 carriages

Third batch in 1959 comprising of 20 carriages

The Q38 stock carriages had previously been constructed by Gloucester Railway Carriage and Wagon between 1938 and 1940 with converting them into the R stock at a later date, these became dubbed R38 stock after their initial construction. The carriages for the stock where constructed newly, the R38 and R47 stocks where constructed from steel whereas the later R49 and R59 stocks where mostly constructed from aluminium alloy. The 49 stock was the first to enter service as an unpainted aluminium finish with the first train entering service on 10 March 1952.

The R stock trains where visually similar to the O, P and Q38 stocks, however there where notable differences between them such as an external door open indicator, destination boards on rollers, flurescent lighting and differant ways of displaying advertisments internally and District line maps.

The trains where initially painted red to match the O, P and Q38 stock trains, however an eight-carriage train was left unpainted from the R49 batch as an experiment. Consequently the R59 stock was constructed to be left unpainted, with the previous builds being painted silver-grey to match, during the day, when trains where formed six and eight carriage trains it was normal to observe trains that where both silver and red, furthermore the decision was made to repaint the entire R stock fleet to match the unpainted aluminium carriages, with this process being completed in 1968.

Early trials of automatically driven trains featured the R stock between 1962 and 1963 prior to the larger scale trials between Woodford and Hainault on the Central line where trains where tested before their full-scale use on the Victoria line. These early trials took place on the District line between Stamford Brook and Ravenscroft Park where an R stock train would be driven in automatic mode.

The scrappage of coupling on the District line in 1971 displaced twenty-one carriages which where withdrawn between October 1971 and February 1972 and subsequently scrapped. Fire damage between 1971 and 1972 led to several other carriages being withdrawn and scrapped. The withdrawal of the R stock began in March 1981 and was completed in March 1983.

The Athens-Piraeus Electric Railway was considering purchasing sixty R stock carriages to be formed into five-carriage trains. The dimentions of the systems are similar to those on the District line, however there where modification that where needed for the shoegear because the railway was electrified at 550 V DC though a third-rail. The deal was never completed and fell though.

There have been three carriages that have been preserved, these are all driving motors: 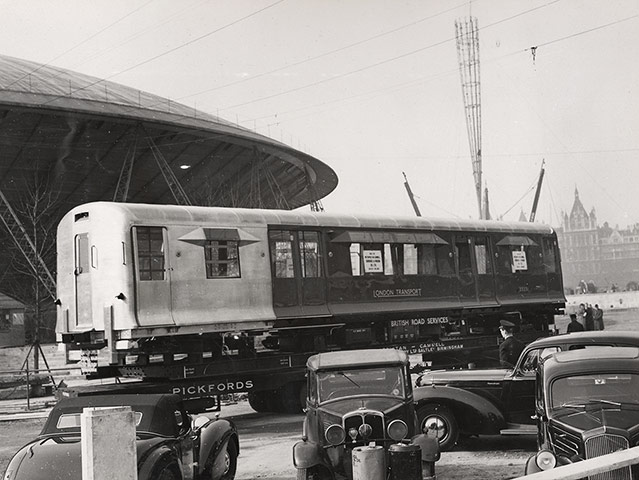 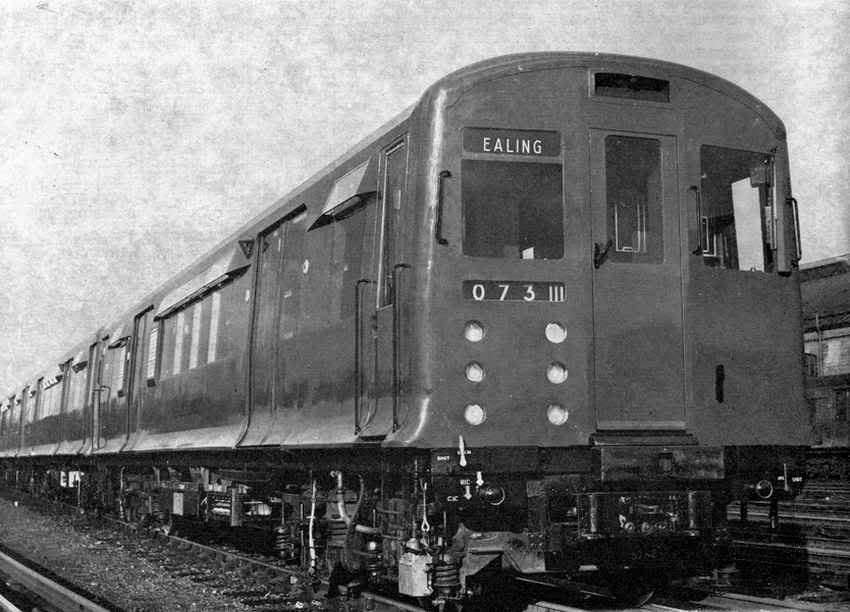 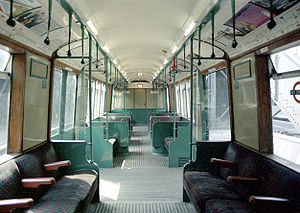 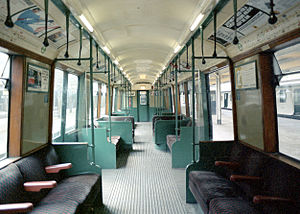