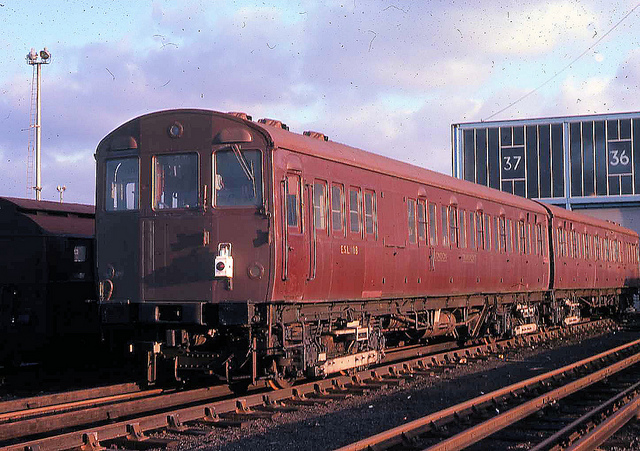 The T27 stock was introduced to the Metropolitan line in 1927 and operated until 1962.

The T stock was constructed by Metropolitan-Vickers and Birmingham Railway and Carriage between 1927 and 1931 for use on the Metropolitan Railway electric services from Baker Street and the City to Watford and Rickmansworth, some services also operated on the Uxbridge branch.

The earlier batches where wooden constructed and sandwiched between trailers from rolling stock between 1898 and 1923, however later batches where constructed using steel and worked with new trailers. The stock had some variations with their equipment because they where constructed for use with the Saloon and Ashbury trailers which led to incompatibilities within the stock, however with the transfer to the London Transport Passenger Board (LTPB) the fleet was largely standardised by 1938.

The T stock never served Amersham, until the route was electrified, before this the destinations beyond Rickmansworth where hauled by the Metropolitan Vickers Bo-Bo electric locomotives until Rickmansworth when the driving motors where changed for a steam-hauled locomotive.

The units where equip with slam doors with a rounded roof because it was thought that this was less prone to damage if the doors where accidently opened in the tunnels north of Baker Street station.

Carriage number 2752 was reconstructed as an experimental carriage with air-operated doors and an unusual seating arrangement with gangways located at both sides of the carriage, this was given carriage number 17000, with the works taking place in late 1945. A second unit was convered in June 1947, numbered 20000 from number 2707, which entered passenger service, the air-operated doors where dontrolled by driving motor numbered 6727, which the trailers where perminantly coupled to. A central gangway was introduced to carriage number 17000 in 1949 being renumbered 17001. In 1953 two-carriages where withdrawn to work as prototypes to the A60/62 stock, which where being completed.

Following their withdrawal in 1961, two T stock carriages where converted for use as sleet locomotives, these where carriage numbers 2758 and 2749 which became ESL118A and ESL188B, these are now preserved at the Spa Valley Railway.

The first back of T stock in 1927 entirely consisted of motor carriages and where equip with Westinghouse brakes, Metro-Vickers control systems and MW153 motors, being used to replace the motor carriages working with bogie stock that formed W trains. The remainder of the batch had the same motor equipment but had vacuum brakes, these operated with the converted F20 stock to form MV stock.

The second batch was constructed in 1929 and has similar equipment to the first batch but these where not interchangeable, these where equip with specialist trailers, when operating where known as MW trains, the W depicting the use of the Westinghouse air-brakes which where fitted.

The final batch in 1931 where constructed in a similar style to the previous batches, however they had equipment from the General Electric Company and WT545 motors. These proved to not be interchangeable and remained segregated unit the Metropolitan line standardisation of rolling stock undergone by the London Transport Passenger Board (LTPB).

The standardisation of Metropolitan rolling stock saw the MV trains converted to use air brakes. With the bogie stock in W stock formations being withdrawn and replaced by seven F20 stock trains, the reshuffle of stock allowed nine eight-carriage and ten six-carriage trains to be designated T stock, there where twenty two spare motors, however there where six spare by 1961. 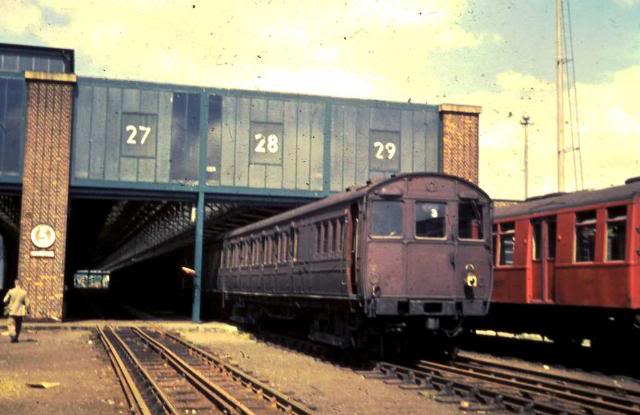 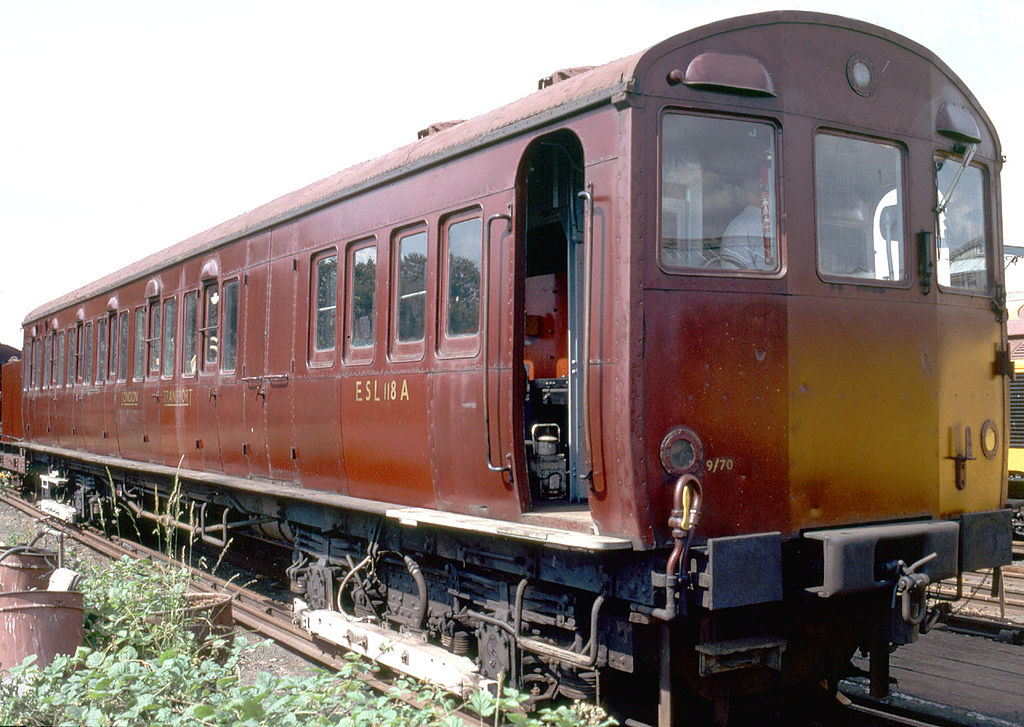